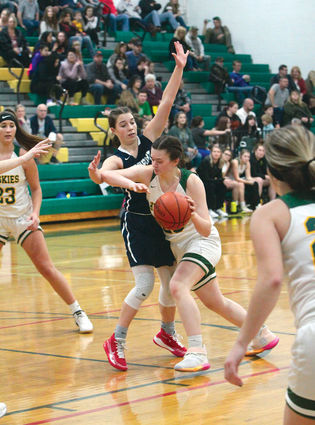 BECKY BELCHER gets by a Newport defender as she drives the lane. FOR MORE PHOTOS, SEE OUR PHOTO GALLERY: https://www.sweethomenews.com/photos/12_08_2019

The win also elevated the Huskies' overall record to 7-10, its highest win total in at least 13 years. Records prior to that were not readily available at press time.

The last time the girls won a league game, they won three, all against Taft in the 2009-10 season. Their last league win was on Feb. 19, 2010. In the past five years, the girls have won six games total.

"I'm so proud of them," said Coach Michelle Knight. "I'm proud of how they...