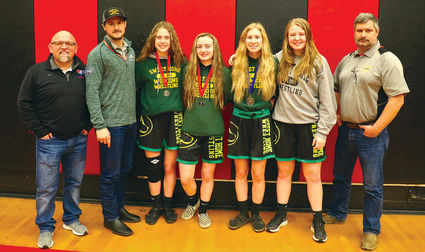 The boys won the district dual championships behind some big efforts from wrestlers across the lineup.

Senior Lexi Schilling repeated as South Regional champion for the girls and junior Jessy Hart and sophomore Paige Chafin finished second, which guarantees all three a berth in the state tournament on Feb. 28-29. Sophomore Kami Hart, a rookie to wrestling this year, placed seventh.