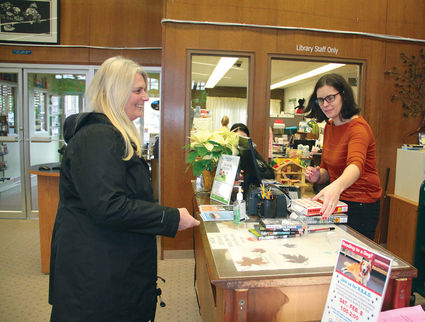 Representatives of FFA Architecture, a library design firm, told the Sweet Home City Council last month that the best way to address current needs at the Public Library is to build a new one on the site of the old City Hall.

FFA has been conducting a needs assessment for the library building, its collection and technology based on input through an online survey, public forums and sticky notes posted on a board at the library as well as library staff.

The consultants projected needs through 2040, said Joseph Storr during the council's regular meeting on Jan. 14, with plans for future expansion.

The library needs 13,326 square feet, he said. That's a little more than double its current space.

"It's undersized for what the current library needs are."

The library building is also seismically deficient, with unreinforced stone masonry walls, Storr said. To use the existing building would be expensive. The site is too small to sufficiently expand the building, and adding a second story would be difficult with the existing structure.

The library also does not have enough staff to properly operate a two-story building, he said.

They ruled out the JRCC site because it is in a flood plain, Storr said.

The parking lot could fit the footprint of the proposed building, he said; but it would have insufficient parking, which would mean demolishing the old City Hall for parking.

Demolishing the old City Hall and the parking lot didn't make sense, Storr said, so the consultants looked next at the old City Hall site, which could fit the entire building with sufficient parking available.

Councilor Lisa Gourley said the location is a good choice.

The next step is to study the feasibility of the project and to find out how much support it would have, Storr said.

Mayor Greg Mahler said the library is important, and the city will need to begin figuring out how to pay for the project.

City Manager Ray Towry said city staff will get back to the council about that and talk about how to ensure voters understand that a construction tax levy would be separate from the library's operating tax levy.

He told the council to expect work sessions for further discussion.