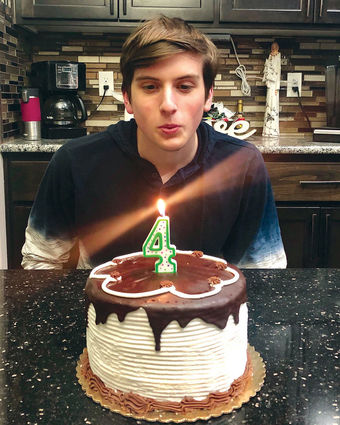 JAVI CUEVAS blows out the candle Saturday, Feb. 29, on one of his rare true birthdays.

His mother, Lisa Cuevas, said it didn't really dawn on anybody, until after Javi had arrived, that there was anything extra-special about the day. Javi would be the youngest of her five children.

Since then she's done the math on the likelihood of having a Leap Day birth...