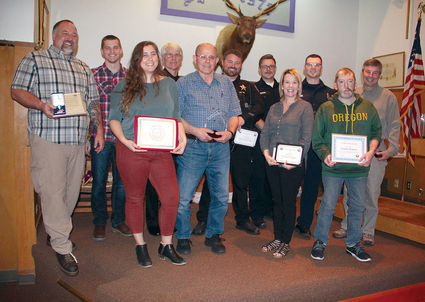 Josh Bondesen was named the Sweet Home Fire and Ambulance District Firefighter of the Year, while the Police Department presented its Police Officer of the Year Award to Gerrit Southard, and Katie Lyon was named Dispatcher of the year Friday evening during the annual Public Safety Award Program held at Sweet Home Elks Lodge.