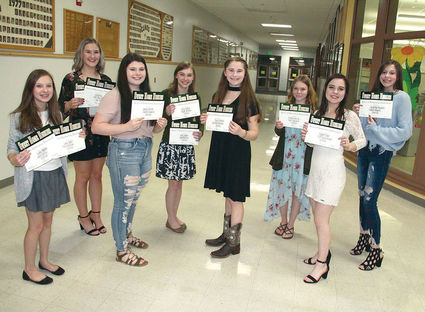 The team award were decided by vote of the team members.

"She (Ogden) is giving as much to that game (on the sidelines) as she is giving to the competition mat," Rosa said, and she approaches both with the same level of res...