Retired vet to tell tales from long career in SH 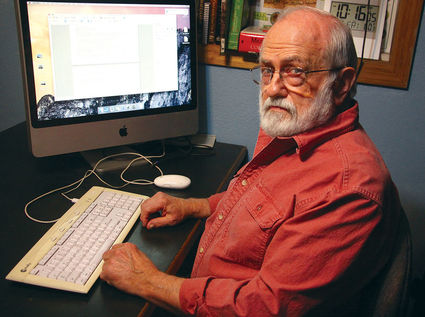 RETIRED VETERINARIAN David Larsen has embarked on a career as a writer, chronicling his experiences in the field.

Shortly after his retirement from four decades of veterinary practice in Sweet Home at the end of 2016, Dr. David Larsen embarked on a second career: author.

Actually, he'd been writing for a "long time – 10 or 15 years," but when he sold his practice on Long Street and headed home for good, he decided to get serious.

He was raised on a family farm and attended college for two years after graduating from high school.

"Those were not very good years," he said of his initial foray in college.

He dropped out and went to work and two weeks later received a draft notice. He spent the next f...