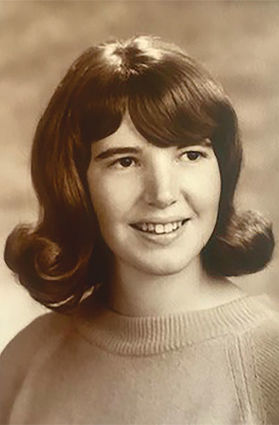 In the final moments before being taken to heaven, she was held in her children’s arms.

She grew up surrounded by the forests and streams of Oregon, and had to physically have her home moved at one point to make room for Foster Lake.

Marilee graduated from Sweet Home High School in 1969 and attended Oregon State University. She enlisted in the Army, attending basic training at Fort McClellan near Anniston, Alabama and later completed the language school in Monterrey, Calif.

While in the Army, she performed duties as a Czech interpreter and was stationed in Eckstein and Augsburg, Germany.

After her time in the Army, Marilee married and raised three children who could not have asked for more comprehensive guidance, nurturing, and love than they received from their mother.

Marilee was taken from her loved ones far too soon after a second battle of T-cell lymphoma/leukemia. She had been in remission for 18 years.

Marilee is survived by her three children, Ryan, Aaron, and Carrie; her five grandchildren and a grandson on the way who will be named Elias after her grandfather Elias Jackson Edwards.

Other survivors are her three sisters Susan Mickel of Depoe Bay and Farmington, N.M.; Ellen Stone of Hawaii, and Barbara Mickel of Sweet Home.

Marilee was preceded in death by her parents, Eunice and Edwin, her brother Donnie Mickel, and her beloved second husband Thomas Conley.

Marilee loved people, and took a genuine interest in not only the significant events, but also the mundane in the lives of those she knew.

She was a traveler and lived in Oregon, Louisiana, Texas and Germany at different points in her life.

She was active and took great pleasure in her church family at the Creswell Nazarene and also the Copperas Cove Church of the Nazarene, which she attended prior to her move from Texas back to Oregon.

It is her family’s hope to have a memorial service at her church, the Creswell Nazarene, when gatherings and travel from Texas and surrounding areas to Oregon become safer and appropriate.