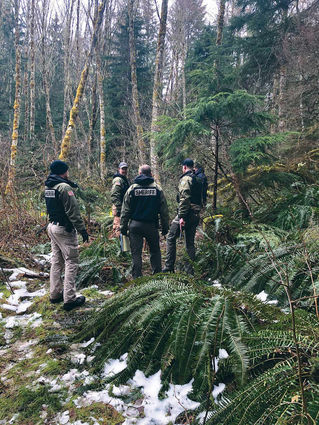 Detectives search for clues over the weekend after human remains were discovered Friday on a U.S. Forest Service road east of Sweet Home.

Linn County detectives and the Oregon State Medical Examiner's Office have tentatively identified remains found near Gordon Road as belonging to a white female between the ages of 30 and 50 years old at the time of death, according to Linn County Undersheriff Paul Timm..

The female is believed to have had short wavy brown hair, Timm said in a statement on Wednesday, April 8.