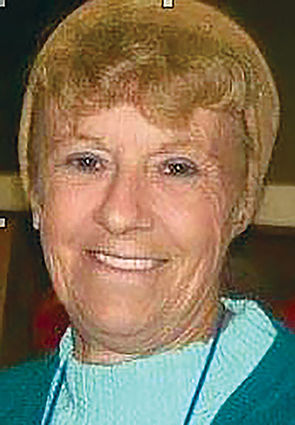 She attended school in Vermont and eventually met Wayland Porter. They married and had five children together. After her husband went to Oregon to work on the Green Peter Dam, then-Mrs. Porter and their children followed in 1963. They made their home in Brownsville, where she became a real estate agent.

Mrs. Ames enjoyed foraging in the mountains for ferns and mushrooms. Often she would not only cook the items she found but also would sell them. She also taught her children the art of hunting mushrooms.

Mrs. Ames also had a passion for caregiving and was employed by Senior and Disabled Services. She would get items at the store for seniors with her own money, wanting to ensure they had everything they needed.

She also loved gold panning, hunting and even sewed in her younger years.

After a divorce, she married Eldred L. Ames. Together, they would have two more children. The family moved to Sweet Home in 1965 and she continued to live there the rest of her life.

Mrs. Ames was known for always having a pink lipstick on hand and loved to wear hats wherever she went. She always ran around town with curlers in her hair covered with a bandanna.

She was strong-willed and loved to be independent, which she was able to do up until the last five years, when her health no longer allowed for it.

She was preceded in death by her husband, Eldred L. Ames.

Services will be held at a later date. Online condolences can be left at weddle-funeral.com.