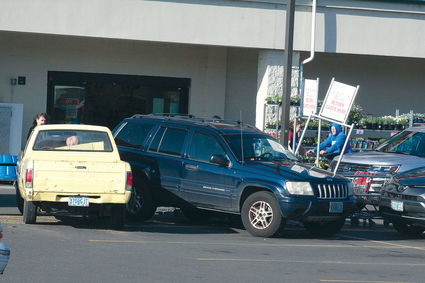 VEHICLES sit scattered in the Bi-Mart parking lot Tuesday, April 7, after a multi-vehicle collision. The Nissan, left, was driven by the 26-year-old Sweet Home man arrested for driving under the influence.

A 26-year-old Sweet Home man was arrested in connection with a multiple-vehicle crash in the parking lot of Bi-Mart Tuesday, April 7.

Kristopher Charles Garrett was charged with driving under the influence, reckless driving, three counts of recklessly endangering another person and first-degree criminal mischief. His vehicle was impounded.

When they arrived at the scene, officers discovered that a N...