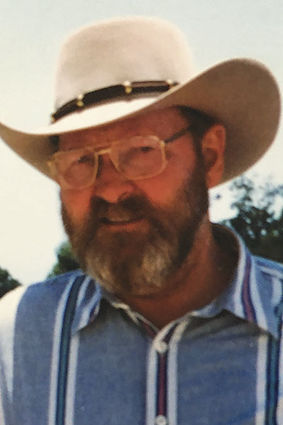 Vinton Timely Mason, 86, passed away on April 12, 2020 in Beaumont, Mich., where he succumbed to the coronavirus.

Known to his family as “Pat,” he was born in east Polk County, Ore., on June 18, 1933 to Tipton and Venetra Mason (Moody), and grew up in Quartzville, a town just outside of Sweet Home. He was the third child of five, with three brothers and a sister.

He had a humble upbringing in Quartzville, which no longer exists due to the creation of the Green Peter Dam and Reservoir.

For most of his life, he worked as an electrician and was a proud member of the International Brotherhood of Electrical Workers.

For five years, he co-owned the Bark-and-All logging company.

Mr. Mason enjoyed fishing, restoring classic cars, and tinkering in his workshop. He drew great pleasure from playing music by himself and with friends. He played guitar, mandolin, and fiddle.

He also loved to “tool” around Oregon, celebrating its natural beauty and rich history.

Both of his children have many fond memories of back-road trips they took with their father all across the state. Yearly, he camped with his oldest and dearest friend, Caryl Slater.

Mr. Mason was also known for having kindly shepherded his brothers and several of his good friends through the ends of their lives. It is therefore especially painful to know that he was alone in his own passing. May he rest in peace.

Mr. Mason is survived by Helen Mason, his wife of 12 years, who resides in Michigan; his former wife, Patricia Jackson; and their children, Michele Mason and Michael Mason.

All of his siblings, Alvin, Delmar, Vernon and Ila-Mae, preceded him in death.

His grandchildren are Kyle and Kane Mason. He is remembered by his nieces Danalee and Lori Mason and his nephews John and Samuel Mason. He was also an important member of Helen’s extended family, including her four children, Sheila Ewrine, Brenda Riley, Linda Westhall and Earl Homer.