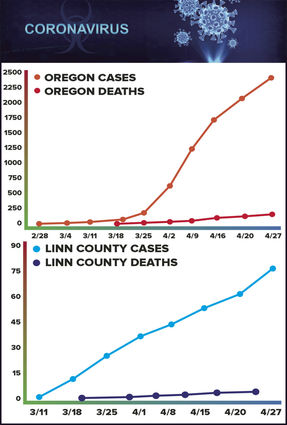 The state’s death toll reached 92 as of Monday morning, up from 75 a week earlier.

Linn County had 79 cases Monday morning, up from 62 last week and 52 one week earlier, based on reports by the Oregon Health Authority, which also reported one death in Linn County during the past week, bringing the total to seven. OHA adjusts totals based on new information and adjusted the total number of cases reported daily from 80 to 79.