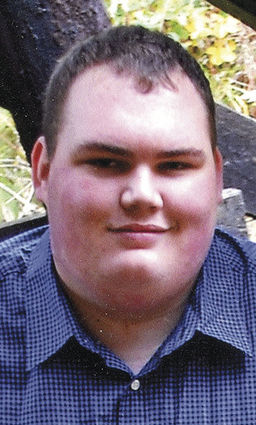 He lived most of his life in Sweet Home, where he attended Little Promises Preschool, Oak Heights Elementary and Sweet Home Junior High. He graduated from Sweet Home High School in 2014.

Mr. West lived briefly in Redmond, Wash., where he worked at FedEx in the shipping department but his true love was working security.

He had been hired by TCB Security shortly after graduation, covering events for several years. One of the highlights was providing security for Thomas Rhett at the Douglas County Fair. He worked for several different agencies, including a company that provided loss prevention for Roth’s Markets in the Salem area. He also worked security for rodeos, fairs, the Mt. Angel Oktoberfest, private parties and several Salem area nightclubs and sports bars.

Mr. West loved music, computers, his dogs and spending time with friends and family. He will be remembered for his sense of humor, his love of animals and his generous heart.

He is survived by his mother Leanna West; father Dale West; stepmother Sue Spencer-West; and grandmother Gayle Ispas, all of Sweet Home; and grandparents Bill and Sandra West of Hallsville, Texas. He was part of a large family with many aunts, uncles and cousins on both sides of the family.

He was preceded in death by his grandfather, Abe Ispas of Sweet Home; and “Papaw” Wilburn Garnet and “Mamaw” Maxie Williams of Mineola, Texas.