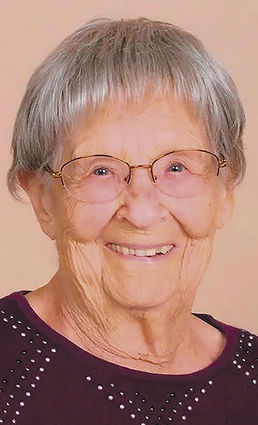 Her family moved to Yakima, Wash. during the Depression and later moved to Sweet Home, where she graduated from high school in 1937.

She married George McCoy in 1940. They had two children, a daughter Janice and a son James. When her husband suffered a severe stroke in 1961, she went to work for the Sears catalog store and later a newly established TV cable company in Sweet Home, from which she retired in 1985.

She then moved to Salem to be closer to her daughter. She volunteered at the Salem Public Library for 18 years and traveled to several different countries, including China, India and Africa.

The last seven years of her life were spent at Bonaventure of Salem. They were very good to her and she enjoyed the staff and all the activities they offered.

She was preceded in death by her husband in 1978, her son in 1979, and brothers Irvin and Richard Forquer.

She is survived by her daughter, Janice Phillips of Salem; sisters Virginia Ewing of Sweet Home, Dorothy Lanning and Shirley Engeman, and brother Seth Forquer of Eugene; and numerous nieces and nephews.

She will be cremated and buried in the family cemetery in Peoria, Oregon. Per her request, there will be no service.