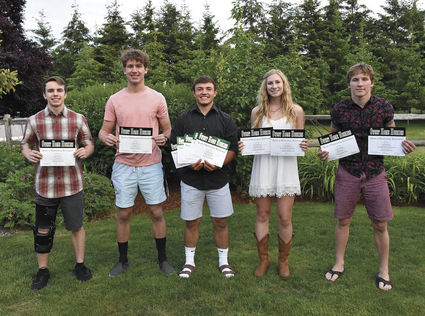 State champions Jackson Royer and Travis Thorpe were named the Pat Baxter Outstanding Wrestlers for Sweet Home's boys wrestling team, and state placewinner Jessy Hart was named Outstanding Wrestler for the girls as the Huskies finally got their awards last week, ending a nearly three-month postponement due to the coronavirus shutdown.

Senior members of the team congregated at Coach Steve Thorpe's home Friday evening, May 29, while others watched a livestreamed broadcast of the event.