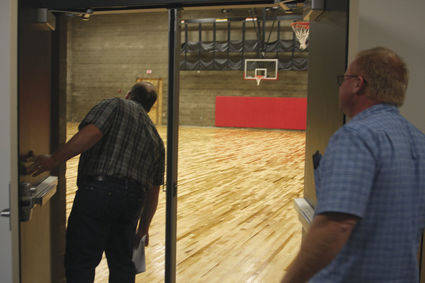 SCHOOL BOARD Member Chanz Keeney, left, surveys the newly finished floor in the new gymnasium at Sweet Home Junior High during a board tour Monday night of the facility with Supt. Tom Yahres, right.

Business Manager Kevin Strong told board members that there is one change to the budget approved last month by the district Budget Committee.

Due to the district's participation in the Work Share program and due to a spending freeze at the end of the c...