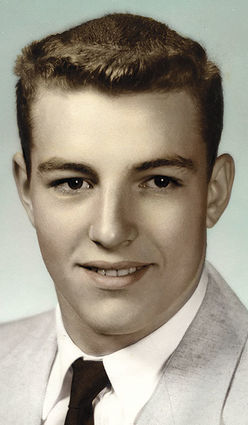 He and the rest of his family moved from Grand Junction, Col. in the early 1940s, and settled in Sweet Home.

Ernie grew up in the Assembly of God Church. He was an excellent athlete, excelling in football, wrestling and track. He was the first person to be inducted into the Sweet Home High School Hall of Fame, an honor he was very proud of.

After graduation, he spent a lifetime in the timber industry. He started out with Georgia-Pacific after high school, and at 19 became the youngest boss they had ever hired.

He had a knack for heavy equipment and eventually owned and ran Holley Construction LTD for over 25 years.

He loved coon hounds from a young age. He spent many a night hunting with them. His favorite place was the Steen Mountains – a place where he could hunt and fish. He and his wife Pat followed Sweet Home wrestling until their passing.

He was preceded in death by his wife of 59 years, Pat Baxter; parents Warren and Mabel Baxter; and grandson Cody McFarland.