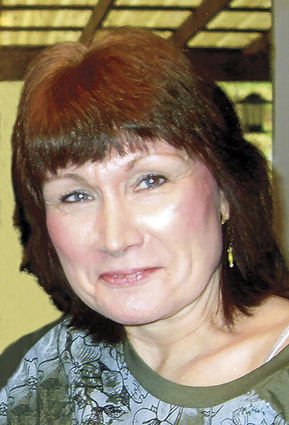 She was born Jan. 26, 1961 in Lebanon, the ninth of 13 siblings, to William Harley and Bonnie Lucille (Denver) Dimick.

As a youth she enjoyed working in the strawberry fields. As a teen she won awards for twirling a mean baton.

In 1980, she married her high school sweetheart, Ricky Ray Holder. Mr. Holder joined the Air Force and they soon moved to Edwards Air Force Base in California. It was there they had their first two children, Tim and Brandi. Two years later, Kelli and Jordan were born while stationed at Mountain Home Air Force Base in Idaho.

The young family relocated to Eielson Air Force Base, in Alaska. It was there that Mr. Holder retired and the family returned to their home state of Oregon. Cyndi, the last of their five children, was born in Albany.

Mrs. Holder throughly enjoyed the military life, moving and exploring different towns and states. When her children were young, she was the assistant coach of Tim’s baseball team, the Brownie Scout leader for Brandi and Kelli and actively involved in 4-H with Cyndi.

As the children grew her hobbies included antique collecting and estate sales. She collected old vinyl records, paperweights and owls for good luck. She and Jordan were best gambling buddies. They often went to play bingo together at local casinos.

Mrs. Holder wanted to have as many grandchildren as possible and was blessed with six, which was not near enough for the amount of love she had for them. She was either in the kitchen baking cookies or in the yard pushing them on the swing.

Mrs. Holder was surrounded by her husband and children, including daughter-in-law Sarah Holder. She died just after her daughters put on her make-up, because only then could she leave the house.

A graveside service will be at 2 p.m. Friday, June 19, at Gilliland Cemetery.