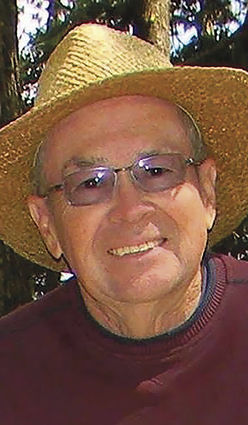 He was born April 30, 1940 in Portland to Russell Reese and Stella Ruth (Lawrence) Thomas.

His family moved to Crawfordsville in 1941, where they operated Brush Creek Dairy.

When Mr. Thomas was 11, his father died and his sister Jean and her family came to help run the dairy. Brother-in-law Willy Nyberg became his father figure, along with his childhood friend's father, Bill Haley.

Known as "Butch," Mr. Thomas began his journey with Jesus at age 11 at Crawfordsville Church and continued into eternity.

He served from the age of 18 to 20 and was stationed in New Jersey and El Paso, Texas, at Fort Bliss.

He married Gayle Slater in 1962. They lived in North Hollywood and Burbank, Calif. until 1969, and their two children were born while there.

Mr. Thomas attended a trade school, studying electronics and worked for the Bell System Telephone Company. The Thomases moved to Crawfordsville in 1969.

Mr. Thomas worked for Sweet Home Telephone Company and later worked in Eugene for Bell System, where he retired in 1995, to enjoy camping, fishing and traveling with Gayle.

Driving about in his 1976 green Ford Bronco, he was very recognizable as he delivered food for SHEM and visited with the many friends he made.