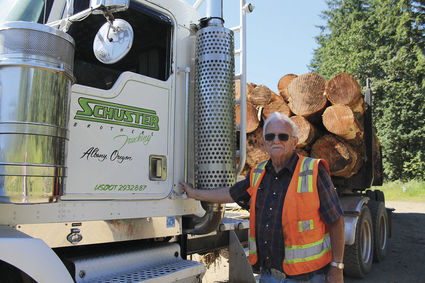 HOWARD CROVER gets set to leave a local job site with a load of logs.

Some people are so married to something that the phrase, "It's in their blood," rings true for them.

That could be said of Howard Crover, who's likely got splinters and fuel in his blood because he's been haulin' wood since he was a child.

He played with toy log trucks as a boy, delivered papers as a teen, and has driven trucks and hauled logs for more than 60 years.

He first drove in 1957 for Jerry Elliott, who had converted a dump truck into a log truck.

After a couple years with Elliott, Crover moved...