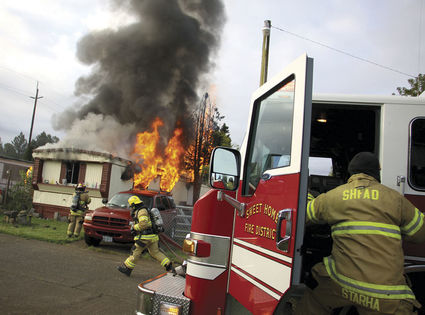 FIREFIGHTERS rush to battle the flames as a mobile home burns on April 28, following what investigators have determined were homicides followed by a suicide.

Investigators have determined that three people found dead in an early morning house fire on April 28 were homicide victims, and a fourth died by suicide, according to Police Chief Jeff Lynn.

Arriving firefighters found the structure engulfed in flames, which were doused. When investigators entered the residence, they discovered trauma on the bodies of four deceased persons found inside, Lynn said.

The four deceased individuals were identified as:...