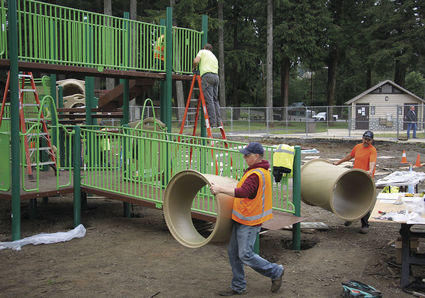 By the end of this summer, Sweet Home kids will be able to go to Sankey Park to enjoy a 1,300-square-foot playground structure that's the result of some fortuitous financial moves that is giving the city twice what it originally planned for.

The improvements are the realization of a longtime effort by city officials and the Parks and Tree Committee and its former chair, Angela Clegg, who now works as city planner.

"Personally, when I first moved here, I was told not to let my kid go to Sankey Park," Clegg recalled this week.

She joined the parks committee (which has since been renamed) a...