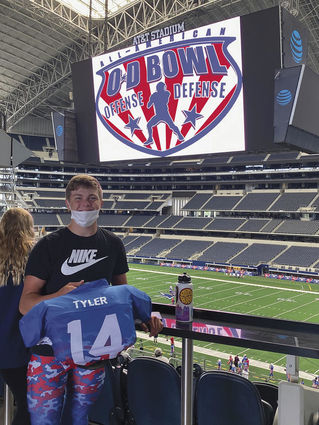 Aiden Tyler, who has started at quarterback for Sweet Home's football team for the past two years, got a chance to play at the next level when he was selected to participate in the National Offense Defense All-American Bowl Game June 29 at AT&T Stadium in Arlington, Texas.

"That was pretty special," Tyler said after his return from Texas, where he spent four days training with other all-star players from around the nation and then playing in the game, which his team won 18-12.

Tyler started at quarterback and drove his team 70 yards down the field on their opening possession, connecting o...