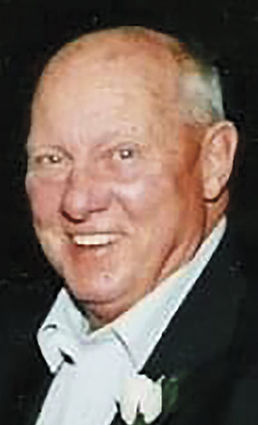 He was hospitalized on July 11 and was taken quickly by the many complications associated with cancer. During this time, he was surrounded by generations of children, grandchildren, and friends.

After several years in Terry his family moved to Wisconsin to rejoin the Morse family agriculture industry near Nekoosa. His family would eventually settle in Washington where he would complete his public schooling.

Ralph enlisted in the U.S. Marine Corps at age 18 in 1946 and served until 1949, when he was honorably discharged due to the demobilization of the United States Armed Forces after the Second World War.

After working in the commercial industry for several years, Ralph decided to return to the armed forces and served in the California National Guard for over 30 years, retiring as a Chief Warrant Officer 4. He was a mechanic and crew chief servicing the F4U-4 “Corsair” airplanes. He also worked at both the Nike Ajax and Nike Hercules missile sites.

Ralph and Anita divorced after 21 years of marriage.

Ralph would go on to marry Linda, before finally meeting his soul mate, Dorothy. Ralph and Dorothy were married on June 21, 1990 in Coeur d’Alene, Idaho. Dorothy had four children from a previous marriage.

A visitation was held July 19 at Sweet Home Funeral Chapel. A U.S. Military Funeral Honors will be held at the Veterans of Foreign Wars, 580 Main St., Sweet Home, at a date to be determined.