Victim treated and released from hospital 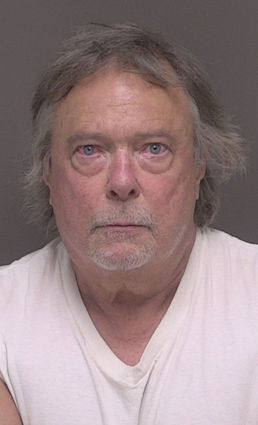 A Sweet Home man was arrested Tuesday night, Aug. 4, after a shooting in the area of 49th Avenue and Long Street, Sweet Home police reported Wednesday.

Sweet Home Police Department received a report of the shooting at about 9:31 p.m., according to a department statement.

Sweet Home police officers and Linn County Sheriff's deputies responded to the scene. They identified Grady Daniel Nading, 35, of Sweet Home, as the victim of a gunshot wound.

Medics from the Sweet Home Fire and Ambulance District transported Nading to the Samaritan Lebanon Community Hospital, where he was later released. No one else was injured as a result of the incident, police said.

Following an investigation, police arrested David Charles Johnson, 64, of Sweet Home on charges of second-degree assault, first-degree attempted assault, and unlawful use of a weapon. Johnson was lodged at Linn County Jail.

According to police, victim and witness statements indicated that Johnson allegedly threatened Nading's family members with a knife just before this incident. According to accounts, Nading went to Johnson's residence to confront him about the prior incident, and Nading presented a baseball bat. Johnson reportedly fired three shots with a handgun, while Nading was outside on the street. Nading was struck in the shoulder by one of the bullets.

Alcohol is believed to be a factor, based on statements received during the investigation, police said..

The investigation is ongoing, and anyone with information is asked to call Sweet Home Police Department Detective Martin at (541) 367-5181.