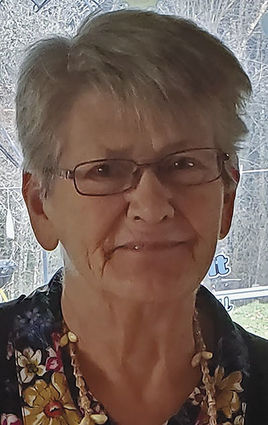 She was born Sept. 17, 1942 in Viking, Minn., to Joseph and Viola (Jennings) Dadey, one of seven children. Her family moved to Lebanon when she was 13 years old.

Mark died at the age of 4 from cystic fibrosis. Later, the couple divorced.

In December of 1969 she married Lloyd Nixon. He had a daughter, Sonya, from a previous marriage, and they had a son together, Charles.

Mrs. Nixon is survived by her sons, David Reeder of Peoria, and Roger Reeder, Jeff Reeder and Charles Nixon of Sweet Home; daughters Deborah and son-in-law Delbert Goss, and Sonya Vaughn, of Lebanon; a grandson Joseph Reeder, whom she raised; many other grandchildren; many great-grandchildren; and several others who called her Grandma; brothers Leo and sister-in-law Kathy Dadey, and Dan Dadey; sisters Elizabeth Israel and Sarah Healey; sister in-law Betty Dadey; and many nieces and nephews.

Mrs. Nixon was preceded in death by her parents; her husband Lloyd; her son Mark; and brothers Patrick Dadey and Paul Ranum.

A celebration of life will be held at Waterloo picnic shelter No. 1 at 2 p.m. Sunday, Aug. 23. Bring a fond memory or favorite story of Mrs. Nixon and a potluck dish.

Condolences for the family may be left at http://www.hustonjost.com.