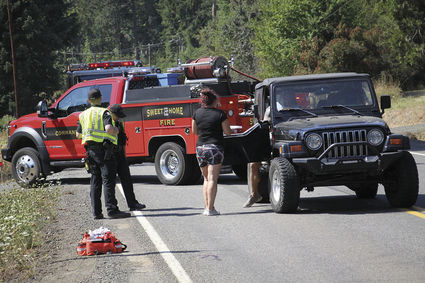 A Sweet Home woman was struck and injured as she crossed Highway 228 early Friday afternoon, Sept. 4. According to the Oregon State Police, Jennie Lee Porria, 53, was struck near Milepost 21, just west of the Sweet Home city limits, by a Jeep driven by Shannon Marie Oglesbee, 44, of Brownsville. Medics responded at 12:10 p.m. Friday and transported Porria to the hospital with injuries, according to a police report, which stated that Oglesbee and her passenger, Bradley Allen Suchanek, 41, of Eugene, were cooperative with investigators and were uninjured. Further details were unavailable in the police report, which did not list any charges and stated that there was no damage to the vehicle.