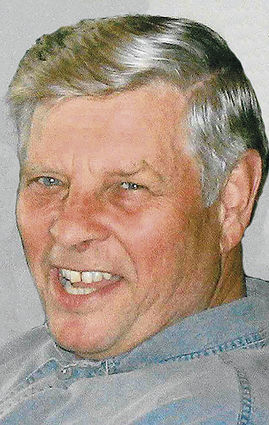 He married Sharon Morrison Holly on Aug. 1, 1970. They raised four boys together.

George and Sharon started their family in Hickman, Calif.before moving to Sweet Home in 1990.

George will be remembered for his charisma, work ethic, and love for others. George started his career at Campbell Soup Company, where he worked for 10 years, followed by 10 years as a mechanic for General Foods in Modesto, Calif.

In 1990, he started his 16-year career at James River/Georgia Pacific as an electrician in Halsey, Ore.

In his retirement, he worked for Sweet Home School District as a bus driver for 10 years, where he enjoyed mentoring kids, touching lives, and providing safe transportation. George really enjoyed driving bus for field trips and sporting events.

He was an avid storyteller, AWANA leader for 43 years, and grandfather to everyone. His hobby was the family farm, where they raised Murray grey cattle, Belgian draft horses and grass hay.

George was preceded in death by his father, George; his mother, Francis; his sister, Helen, his son, Jonathan; and granddaughter Trista.

George’s life was celebrated at his and Sharon’s 50th wedding anniversary and he requested for no service to be held.