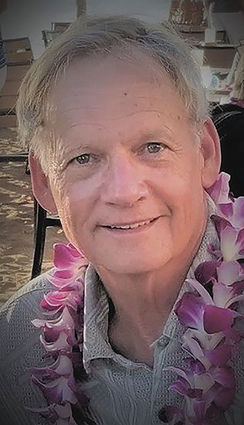 Gary Allen Nightingale, 70, lost his fight with renal cell cancer and passed away on Thursday, Sept. 17, 2020.

He had recently celebrated his 46th wedding anniversary with his wife, Annette Nightingale.

Husband. Father. Grandfather. Brother. Friend. A sweet and beautiful soul he held, Gary was a generous man. He was a person that would never say “no” and was always the first to offer a willing, helping hand.

Family oriented, Gary felt it was always very important to spend time with his family, which he fully enjoyed.

He loved when his children and grandchildren visited.

During his childhood, he lived in various places across the western coast states before his family settled in Molalla in 1963.

Gary was an avid fisherman and knew the best spots around Molalla to fish. He attended Molalla High School, where he participated in wrestling and graduated in 1968.

During his junior year in high school, Gary began working for the local mill.

This employment opportunity introduced him to a lifelong friend, who, along with his wife, would later introduce Gary to his future wife.

In 1973 Gary was introduced to the love of his life, Annette, through these mutual friends. He was taken aback by Annette at the first meeting and explained it was love at first sight.

In the summer of 1974, Gary began his lifelong career as a log truck driver. He and Ann-ette married that same year, on Sept.7.

They welcomed their first child, a son, in 1976, followed by two daughters. They raised their family in Lacomb, on the outskirts of Lebanon.

In 1983, Gary became a self-employed owner and operator of his own log trucking business, Gary A. Nightingale Trucking Inc.

He was very proud that he had a state-wide hauling permit that allowed him to haul from border to border within Oregon, with many years spent hauling out of eastern Oregon.

Gary loved being able to provide for his family, no matter the sacrifice. He thoroughly enjoyed what he did for a living.

A man of many talents and hobbies, Gary was ambitious and could accomplish or fix anything his mind was set to.

Besides being an avid fisherman, who could out-fish practically anyone, Gary loved camping and hunting. He grew up rifle hunting which developed into an interest in bow hunting in the late 1980s. From there, he never turned back and was a very successful bow-hunter.

He thoroughly enjoyed camping, and there are many camping trips that encompassed his life. He was very proud when he received his scuba diving certification and enjoyed using this during trips with Annette to Hawaii, as well as local Oregon lakes and at the Oregon coast.

He also enjoyed riding both on- and off-road motorcycles.

A private family service in Gary’s honor will held at a later date.

In lieu of flowers, we ask that you donate to cancer research in the memory of Gary Nightingale.