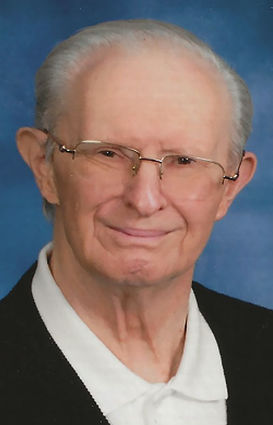 Joe was born Feb. 22, 1930 in Cloverport, Ky., to Joseph and Charlie Lee Fallon. In 1937, during the height of the Great Depression, his family traveled across the country and moved to Sweet Home.

In Sweet Home, Joe's father built the Fallon Building, at 1027 Main St., in 1946 to house his electrical business.

In 1949 Joe joined the Navy to train as a construction engineer. His Navy service took him to Adak, Alaska and eventually to Okinawa, Japan, for the Korean War.

After the war, in 1953, Joe moved to Fort Wayne, Ind., to attend Indiana Institute of Technology and obtain an electrical engineering degree. There he met Rodine Trumbore; they married in 1954.

Joe enjoyed the majority of his life in Fort Wayne. Upon graduation, he worked at C&C Con-struction Co. as a field engineer, then at Slater Steel Inc. (Joslyn Stainless), as an electrical engineer, retiring in 1992 as V.P. of manufacturing.

Joe was an accomplished golfer with three holes-in-one during his lifetime. He was a dedicated member of the St. Joe United Methodist Church in Fort Wayne and once served on the board of the Fort Wayne Red Cross.

He was preceded in death by his wife, Rodine Fallon; and brother William Fallon.