14-3 baseball score aside, Husky JV'ers 'glad to be out there' against Harrisburg 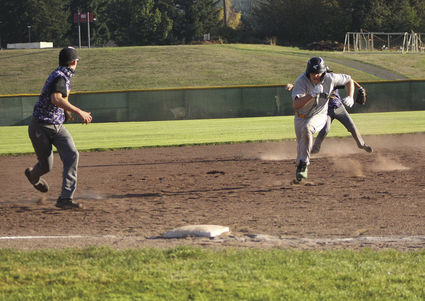 The first baseball game played Thursday, Oct. 8, on the Huskies' varsity diamond in nearly a year and a half featured junior varsity players, but that didn't seem to matter to the fans in the stands, who were well-populated despite a varsity softball game being played a few hundred yards away.

"We played baseball," Coach John Best said. "We had a big crowd, a lot of parents there on both sides and rigs lining the right field line. It was kind of a cool thing to see."

The Eagles, who had several varsity players in their lineup, dominated the home team, who looked both young and rusty, in a 14-3 win.

But that didn't mean Sweet Home didn't have some good moments.

Kelso Ellis, who pitched the final three innings for the Huskies, "commanded the zone and threw strikes," Best said.

Vegas Mauer recorded the first hit for Sweet Home in a high school game in 17 months, with a long drive to center field in the second inning, as well as playing most of the game at first base, the coach said. 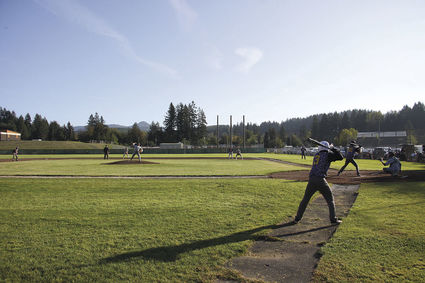 Jake Sieminski also played well, he said, at both shortstop and in left field, and delivered a double to left center.

Now that the mini season is under way, things are picking up "like crazy," Best said.

As of Friday, the varsity had six, possibly seven games, if it can reschedule its Oct. 5 date with Santiam Christian.

The varsity, which did not play Thursday, was to play Monday at Pleasant Hill, but details of that were not available at press time.

Games are open to spectators, but the high school requests that they be limited to immediate family members of the athletes.