City Hall's value should be decided by people 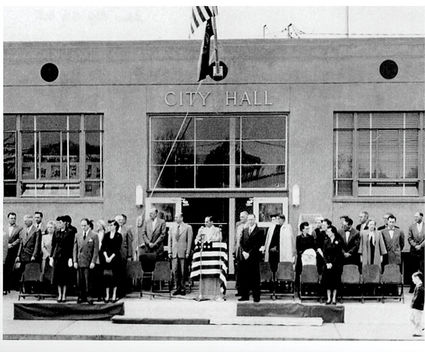 SWEET HOME RESIDENTS and dignitaries attend the dedication in 1954 of what is now Sweet Home's old City Hall.

There aren't a lot of historical buildings in Sweet Home, a town that was built rapidly and with little planning as the demand for lumber from nearby forests came during and following World War II.

But we have a few, and one is the old City Hall at the corner of 12th Avenue and Kalmia Street.

The City Council decided in 2016 to vacate the old City Hall in favor of a new one located in the former U.S. Forest Service Sweet Home District headquarters at 3225 Main St. City staff complained that the old City Hall had problems, ranging from rot in the walls to mold due to improper sealing bac...