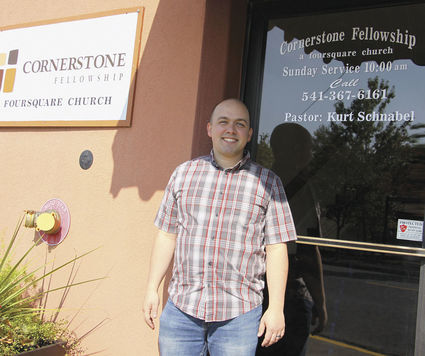 KURT SCHNABEL stands outside Cornerstone Fellowship, where he is the new pastor.

Kurt Schnabel has been involved in church pretty much all his life.

He was born in Guatemala to parents who were missionaries, grew up in Panama and in Southern California, and has assisted in pastoral ministry in two other churches before arriving in Sweet Home.

Schnabel, 35, became pastor of Cornerstone Fellowship in July, completing a process that began when he was 10.

That was when, attending a pastor's conference in Panama, he decided God was calling him to "do what these men would do," he said.