Life is delivering music for Veteran of the Year, local bugler 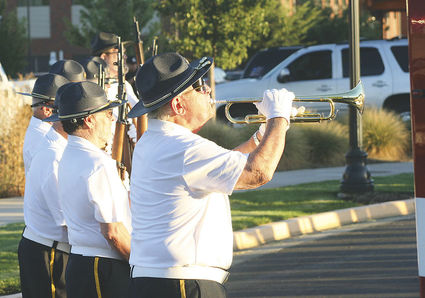 PETER BUTLER, above and below, frequently performs as bugler at public events, above at a local Patriots Day observance.

Peter Butler enjoys surprises – most of the time.

There was that draft notice he got back in 1961, the year he graduated from Lewis & Clark College, which wasn't exactly what he was hoping for.

"I was kind of shocked," he recalled last week, relating the story. "All my high school buddies were getting drafted, but I had just graduated from college."

More recently, Butler had another shock, more positive: He's been named this year's Linn County Veteran of the Year.

Life's been a little complicated,...