No charges filed against watercraft operator in fatal accident at Foster 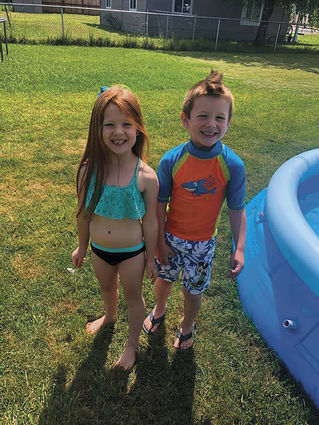 VICTIMS in the watercraft accident were Kennedy Swensen, 6, left, and Zachary Maynard, also 6. Kennedy is recovering from severe injuries. Zachary died in a hospital several days after the accident.

No charges will be filed against the operator of a personal watercraft that struck and killed a young boy at Foster Lake last summer, the county District Attorney's Office has decided.

In the July 20 incident, Antonio Cassanova-Gonzalez, 23, of Salem, lost control of the machine, which plowed through a crowd of people in the swimming area at Lewis Creek Park, striking two children.

Zachary Maynard, 6, of Sweet Home, suffered skull fractures and died July 23 in a hospital, while his friend Kennedy Swenson, also 6, was seriously injured, including a broken clavicle, sternum and jaw. Those at...