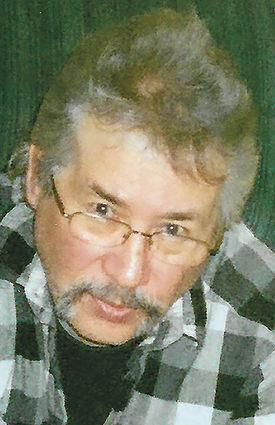 He was born Dec. 26, 1944 in San Diego, Texas, to Adolfo and Diamantima (Lichtenberger) Garcia. Most people knew him by “Polo.”

He graduated from high school in his hometown of Freer, Texas.

After high school he took two years of business college and fire science classes to become a firefighter.

He won many awards and was recognized for achievements as a firefighter.

Mr. Garcia also served in the Army. He was proud of his blue Army hat, which he wore to the end. He obtained the rank of sergeant and received his honorable discharge on March 29, 1968.

Mr. Garcia served as a firefighter for the Civil Service at Clear Air Force Base until 1994, when he retired. He then moved to Sweet Home to join his wife, who was already living there. They both liked living there in a small town.

Mr. Garcia had a calm and easy-going personality and made a lot of friends.

He enjoyed taking the time to talk to people, and once you were his friend, you were always his friend.

He also had a green thumb. He loved growing and planting flowers and growing a big garden. He enjoyed being able to give our neighbors, family, and other people tomatoes, zucchinis, onions, and other vegetables he grew.

Arrangements are entrusted to Weddle Funeral Service of Lebanon.