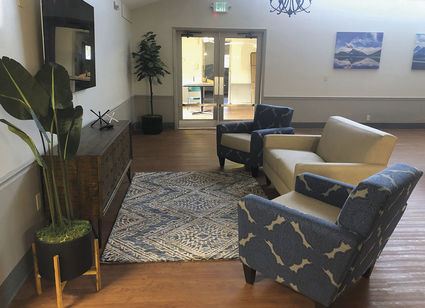 THE REMODELED BUILDING that once housed the Twin Oaks care center now includes 18 apartments, compared to the 39 beds previously available in the facility operated by Avamere. Pictured here is a common area for viewing television.

A new elder care facility on Nandina Street is expected to bring up to 50 jobs to Sweet Home in January.

The new residential care facility, located at 950 Nandina where Avamere Twin Oaks closed in July of 2018, will have 18 one-bedroom apartments with 24-hour care available.

The facility replaces the old Twin Oaks facility, which had 39 beds. Sapphire Health Services purchased the building last December through a holding company for $750,000 and has been remodeling it in recent months. Administrator Bill Gouthrie said the remodeled facility will instead have larger suites with their own bathrooms. 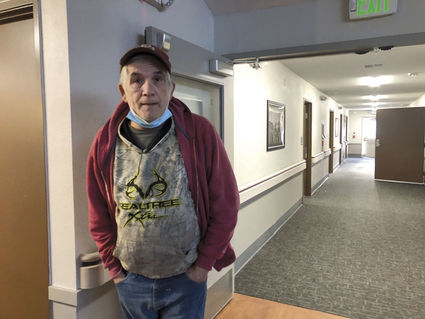 "It's close to assisted living," he said, in terms of the level of care available to residents. The facility will provide medication management and interventions such as one-person assists. The company is still working on getting licensing, but they expect to open up the first week of January.

Gouthrie, who has four years experience as an administrator and was a nurse before that, said he is new to Sapphire but has worked with people who are familiar with the company. It's a relatively new company cofounded in 2011 by President Kevin Ricker, and it owns and operates 13 other facilities in Oregon and Washington.

Gouthrie said the facility will take Medicaid, and its rates will be set once licensing related to that comes through. Residents will move in with their own furniture, he said, though the common areas have modern furniture and fixtures.