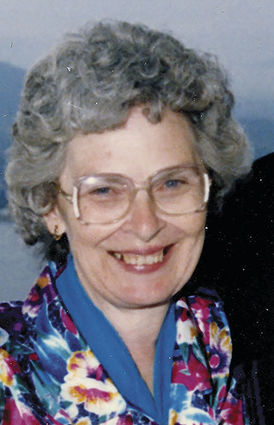 She was born Dec. 17, 1930 on the family farm in Lebanon, the daughter of Russell C. and Nellie G. (Meissner) Rose. She was one of six children: Truman, Allen, Martha, Harvey and Howard.

She married Custer Knurowski on Sept. 19, 1950 in Lucas, Ohio. In 1953 the two moved back to the family farm in Lebanon. They had four children, Julie, Barbara, Susan, and Stephen.

During the summer of 1960, Mr. Knurowski died in a farm accident.

On June 12, 1966, She married Don Gallogly and moved to Sweet Home. He had two daughters by a previous marriage, Nancy and Ruth Ann. Together they had one child, Donald.

In 1975, they moved to a ranch in Christmas Valley, where they lived for awhile without electricity or running water. They spent 10 years developing the ranch before returning to Sweet Home.

The Galloglys went on many cruises and trips. They traveled all over the United States, including Hawaii and Alaska. They traveled through Mexico with a group, and visited Portugal, Spain, and Ireland.

Altogether, they were married 53 years at the time of Mr. Gallogly’s death in 2019.

She was preceded in death by a daughter, Ruth Boehmer; and siblings Clarence Truman Rose, Allen Rose and Howard Rose.