Child abuse reports down, but experts warn reality may be otherwise 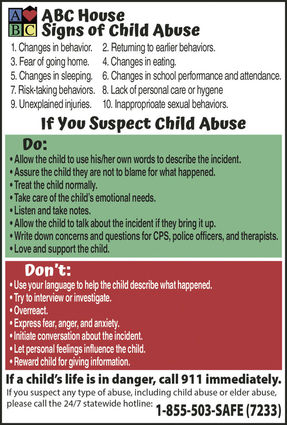 While reports of domestic violence are on the rise locally, child abuse reporting has actually fallen by a quarter in Sweet Home.

Police Chief Jeff Lynn said there were 392 reports of child abuse between January and October of 2019, but just 291 duuring that same timeframe this year.

“That’s a substantial decrease in calls, and that’s because we have fewer mandatory reporters in contact with children,” Lynn said.

Local experts say it’s likely the decrease doesn’t mean children have stopped being abused – in fact, in some cases the abuse is more severe now that children are at...