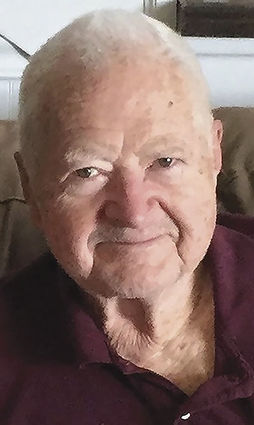 Edward "Ted" Stilson III, of Sweet Home, passed away peacefully on November 26, Thanksgiving night at the age of 96. He led a long and enjoyable life. He was born in Buffalo, New York to Elizabeth Hope (Webb) and Edward Stilson II.

Edward was a direct descendant of the Mayflower Pilgrims that arrived in Province -town, Massachusetts in 1620. He received an engineering degree from Cornell University.

His education was interrupted for two years as he enlisted into the Army Infantry during World War II.

During the war, he was saved by his Bible which was in the left breast pocket over his heart. A piece of shrapnel embedded itself into the Bible instead of through his heart.

He was awarded Victory and European Campaign medals and a Purple Heart.

His greatest love was his children. They in turn cherished his boisterous laugh, his intellectual discussions and his love. He will be in our hearts forever.

Edward is survived by his children, Marcia Kopenhaver, Jennifer McDade, Peter Stilson, David Stilson, Anne Aldrich and Joan Tolle - who gave him wonderful care in Sweet Home during the last several years of his life.

He is also survived by four stepchildren, Carol Spurlock, Susan Wachsberg, Barbara Irion and Kenneth Nash. He had 21 grandchildren and 24 great-grandchildren.