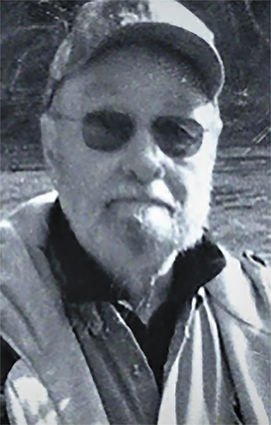 He was born Feb. 2, 1937 in North Bend, Wash., to Anna Kathleen (McLoughlin) and Robert Hamilton Mealey. He was one of the last of a pioneer family that has been a part of the Sweet Home-Foster community since 1873.

He was raised on the family ranch near the confluence of the South and Quartzville Forks of the Santiam River, which was inundated by Foster Reservoir in 1968.

Mr. Mealey graduated from Sweet Home High School in 1955 and the Oregon Institute of Technology in 1966. He served in the U.S. Air Force from 1956 to 1960. He was a U.S. Forest Service retiree who spent most of his career as a civil engineer.

He was also an accomplished wellness consultant as well as an addiction/recovery counselor.

Mr. Mealey spent much of his later retirement years fishing and hunting with his childhood and lifelong friend John Welty of Sweet Home and his brother Steve. He followed in the footsteps of his grandfather William Ralph (Bill) Mealey, (whose poems are local legend), in writing poetry. He was an excellent photographer as well.

He was preceded in death by his father, Robert H. Mealey, and mother Anna K Mealey of Sweet Home and Albany; and sister Constance McCaffery of Steilacoom, Wash.

A funeral Mass is planned at St. Helen Catholic Church in Sweet Home, with details to be announced.Sweet Home Funeral Chapel is handling the arrangements.