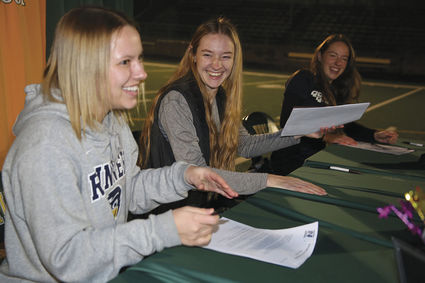 "Graci, Shelbey and Savannah are fierce competitors and fun teammates," Coach Mary Hutchins said of the three most recent signees...