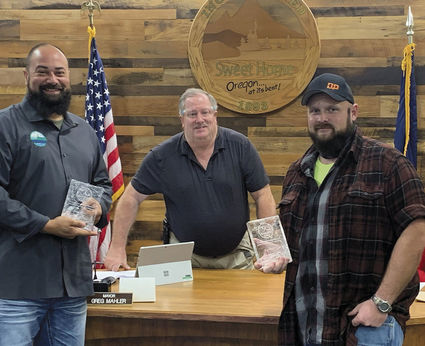 The Dec. 8 City Council meeting was filled with laughter as the mayor and council members said goodbye to colleagues who lost their reelection bids.

Councilors James Goble and Cortney Nash are leaving the council in the new year, to be replaced by Angelita Sanchez for a four-year term and Dylan Richards for a two-year term. Councilors Lisa Gourley and Dave Trask won their re-election bids and will stay on council for four more years.

Mayor Greg Mahler presented plaques to the two at the end of the meeting and thanked...