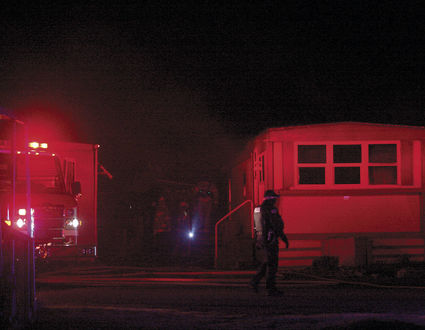 Wagon Wheel Fire: Firefighters responded early on the morning of Tuesday, Dec. 8, to Wagon Wheel Mobile Home Park, 1283 44th Ave., to a report of smoke coming from a manufactured structure in the park. Five Sweet Home Fire and Ambulance District vehicles responded at 4:35 a.m. Chief Dave Barringer said the fire was "small," confined to one room, and that the unit was vacant, which helped limit the fire's spread. The cause was believed to be a cigarette, he said. Damage was estimated at $1,000. He said the owner, Mindy K. Hill, had been working on the structure.

1:15 p.m. – Caller reported someone stole his firearm out of his vehicle within the last week, unkno...