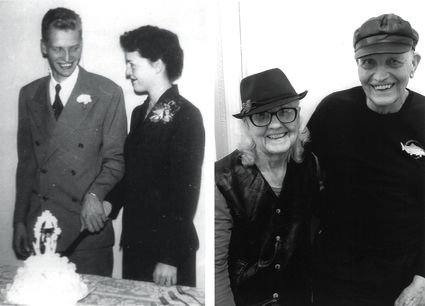 They were married Nov. 24, 1950 in Medford. They lived in Southern Oregon until 1995, when Ted retired and they moved to Sweet Home.

Following graduation from Central Point High School, Ted worked as a ratchet setter and sawyer in sawmills in the Rogue Valley and Tiller for seven years.

He then attended linotype school in Indiana, after which he set type for the Ashland Daily Tidings newspaper for 11 years before becoming p...