COVID vaccinations slow, but still being given locally 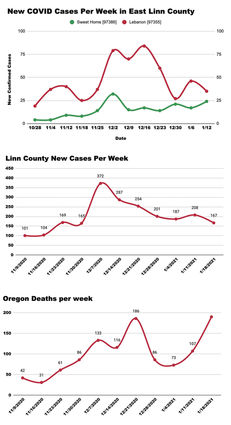 The state of Oregon experienced vaccine whiplash last week after promises of additional vaccines from the federal government failed to materialize.

“I am shocked and appalled that the federal government would set an expectation with the American people on which they knew they could not deliver with such grave consequences,” said Gov. Kate Brown in a Jan. 15 press conference.

But vaccinations are still being administered in Linn County, with a new facility set up at the Fairgrounds.