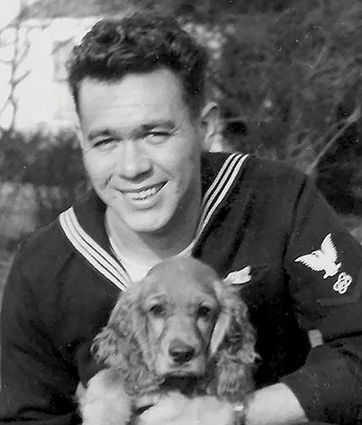 James “Jim” Anthony Mehn, age 86, of Lebanon/Sweet Home, passed away peacefully on Saturday, Jan. 9, after a lengthy battle with leukemia and Alzheimer’s disease.

He proudly served four years in the United States Navy, 1953-1957, as an electronics technician. He was a Petty Officer 1st Class and his service included two years aboard submarines, primarily the USS Jallao.

He was in the Reserves for four years following his honorable discharge. During his years of service, Jim earned the National Defense Service Medal and the Good Conduct Medal.

Jim grew up in Pittsburgh, Pa., moving to Seattle with his family in 1961.

He graduated from the University of Washington in 1970 and then moved to The Dalles, where he began his career as an electrical engineer with the Army Corps of Engineers. He came to Sweet Home in 1979 and worked at Foster Dam until his retirement.

In his younger days, he enjoyed hunting, fishing, camping and horseback riding.

After his retirement, he took up traveling.

Jim was an avid reader, and he loved the challenge of newspaper crossword puzzles.

Jim is survived by his daughters, Kathleen Shantz of Vancouver, Canada, and Patricia Avery of Benbrook, Texas; sister Dorothy Ann Randall of Strongsville, Ohio; ex-wife Anne Mehn and her husband Joseph Graybill (who took responsibility for his care when he became ill); three grandsons, Nathan, Scott, and Joseph; and several nieces and nephews.

A memorial service with military honors will be held at a later date.

The family would like to thank everyone who helped care for Jim in his later years.

Memorial contributions can be made in his name to Sweet Home United Methodist Church, where he received meals and friendship.