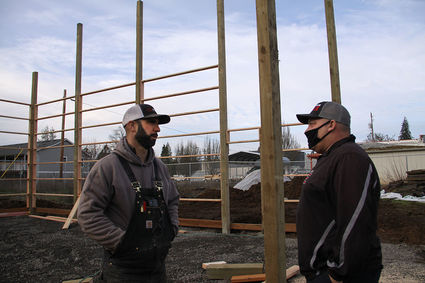 The project was delayed because of permitting issues, largely because a building that size could not share a lot with the existing fire building. The district had to split the lot to legally build the new structure, said Fire Chief Dave Barringer.