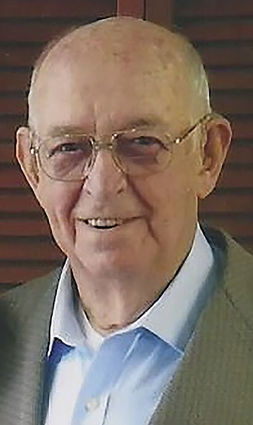 He was born July 11, 1926 in Rainier to James and Mary (Wade) Gates, the youngest of eight children; he had four brothers and three sisters.

At the age of 17 he enlisted in the Army, serving during World War II in Okinawa, Japan.

After leaving the service, Mr. Gates moved to the Lebanon area and worked for the U.S. Forest Service.

In 1953, he met and married Ruth Vivian Montgomery and they moved to Sweet Home, where they raised three children, Debra, Frank Jr. and Steven.

Mr. Gates worked as a logger for several years until he was involved in a bad logging accident in 1957 that crushed both legs.

After a two-year recovery, he went to work at Willamette Industries plywood mill in Sweet Home, remaining there until he retired in 1988.

After 57 wonderful years together, Ruth Gates died in July of 2010.

Mr. Gates was a lifetime VFW member. He enjoyed hunting, deep sea fishing, square dancing and woodworking. He was well known around Sweet Home for the windmills he loved to make and sell.

A memorial service will be scheduled in the future to honor and remember his life.